Kanji or漢字 are Chinese characters that the Japanese have adopted and they have used it along with hiragana and katakana ever since. Contrary to the phonetic syllabaries, kanji represent specific meaning. Students always have to learn several things when they memorise kanji:
• its form and correct stroke order for writing the character
• one or more meanings
• various readings
• several examples where the character is used 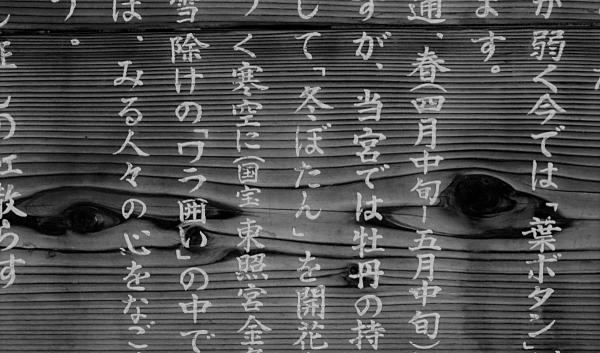 How many are there?

It is difficult to answer this question since there is no exact number. Adoption of characters from China was a long and complicated process and some characters were altered or simplified along the way. Moreover, there are some characters of Japanese origin that do not exist in Chinese. Furthermore, the total number of the adopted original Chinese characters is unknown. But there are thousands of kanji.

Of course, learning thousands of kanji would be too much even for the Japanese. Most of them are not even used actively. That is why there is an official list of commonly used kanji which are called jōyō kanji (常用漢字). The list has 2,136 characters as of now. The Japanese have to learn these over the years of their compulsary education, so that they can read newspapers, books etc. Actually, reasonably educated Japanese people usually know more kanji (at least passively) and thus we can find characters that are not on the jōyō kanji list in literature and other texts.

How many do I need to know?

Students and also native speakers can often read more kanji than they can write down. The difference between passive and active knowledge is not uncommon in other languages either. We can easily recognise a certain word in the text or when we hear it, but we might find it difficult to remember it on our own.

It would be ideal if every student knew the complete set of ca. 2000 basic kanji. But nowadays thanks to the digital technologies, passive knowledge is often enough. There is hardly anyone that can find time to write by hand. So the Japanese just like any other people use computers and mobile phone and consequently even they sometimes forget how to write more complex characters. Similarly, students of Japanese can recognise hundreds of kanji, but the number of kanji they can write can be considerably lower. However, with a little help from a dictionary they can still get by.

Where do kanji come from?

Japanese kanji come from China. Chinese characters were originally ideograms – graphic symbols that represented a real object. Later it was necessary to find representation for more abstract things and the characters changed. They became more and more simplified and they did not resemble any real object any more.

More complex ideas were represented by combinations of the existing characters. So, for example, the expression “to like“ is written by the character 好 that is a combination of 2 kanji: 女 (woman) and 子 (child). So we associate 好 with the close relationship between a woman and her child.

Another way of creating new characters was to use one component (a radical) to indicate a specific category and another component to imply pronunciation (a phonetic indicator). There were other methods for creating characters and sometimes their etymology is still noticeable, which may help the students to learn them. 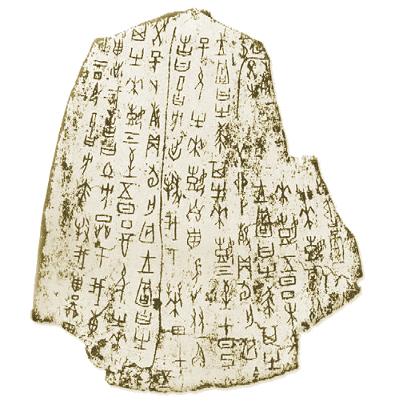 Each character contains a radical. Simply put, it is an indicator that the character belongs to a specific group. There are 214 radicals in Japanese. Each of them can have various forms, but by identifying it correctly we can guess the meaning of the character. It also helps to find the kanji in a dictionary.

For example, the radical “water“ naturally connects kanji related to water. We can see it in characters like pond (池), sea (海), swim (泳) etc.

This precise radical clearly shows, how much it can deviate from its original form. Water as an independent character is (水) , but it does not resemble much its radical form (氵).

If we change the character’s radical, we get a new kanji with a completely different meaning. So, for instance, the character for ”pond – 池” with a radical “soil – 土“ means “land, area, region – 地“. And there are many other similar examples, which prove that radicals are essential parts of kanji.

Since the written form of the kanji was adapted to writing with a brush, there are mostly sharp edges rather than curves. There are rules for correct writing. For example, a horizontal stroke is always written from left to right and a vertical stroke is written from top to bottom. And the stroke order for each character is set.

More complicated characters are often a combination of two or more simpler kanji or components. So the number of strokes can vary between 1 and 84.

One character can be read with several syllables and we usually need less characters to write a word than we would require letters of the latin alphabet. Thus Japanese texts are quite dense.

One kanji = one word?

Characters is Chinese usually have one reading and one meaning. Their function in the sentence is determined by their position among other characters. Japanese is more complicated when it comes to the reading of the charaters and their function.

It is not true that one kanji means one word. Even though most of the kanji have their own basic meaning and they can be used individually, we often see combinations of characters with a new meaning.

How to read kanji

There are more possible readings of kanji in Japanese due to the complicated historical development of character appropriation. When the Japanese were adopting Chinese characters, naturally they already had expressions for most objects. Based on the meaning, these expressions were added to the appropriate characters. At this point, Chinese language was used among scholars and so the Japanese wanted to imitate them. They decided to use the Chinese reading of characters as well, although their pronunciation was not precise due to the different phonetic system of Japanese.

However, it does not mean that we can choose whichever reading we like. The basic rule is that if the character is used alone and in its basic meaning (i.e. it is surrounded by grammatical affixes or particles and not by other kanji), we usually use the Japanese reading. And if the character is used in a combination with other characters, we usually use the Sino-japanese reading. By linking characters we create compounds that represent new words, which are often logical combinations based on the meaning of the individual kanji.

There are also cases when the individual character is read by on-yomi or when the compound is read by kun-yomi. But these cases are rare. Moreover, there are some kanji that retain only one reading. So the writing system may seem rather unsystematic, but learning its ins and outs is only a matter of time and experience. It is definitely manageable with the right study materials.